Back to the page

In this materials handling scenario a shuttle racking system enables the loading and unloading of pallets within a storage system, by means of a special radio controlled shuttle called Mekix.

The Mekix shuttle carries and moves pallets on it’s platform. The shuttle moves on specially shaped guide rails within a storage channel or corridor (of which there are a number within a warehouse) as shown in the images below. 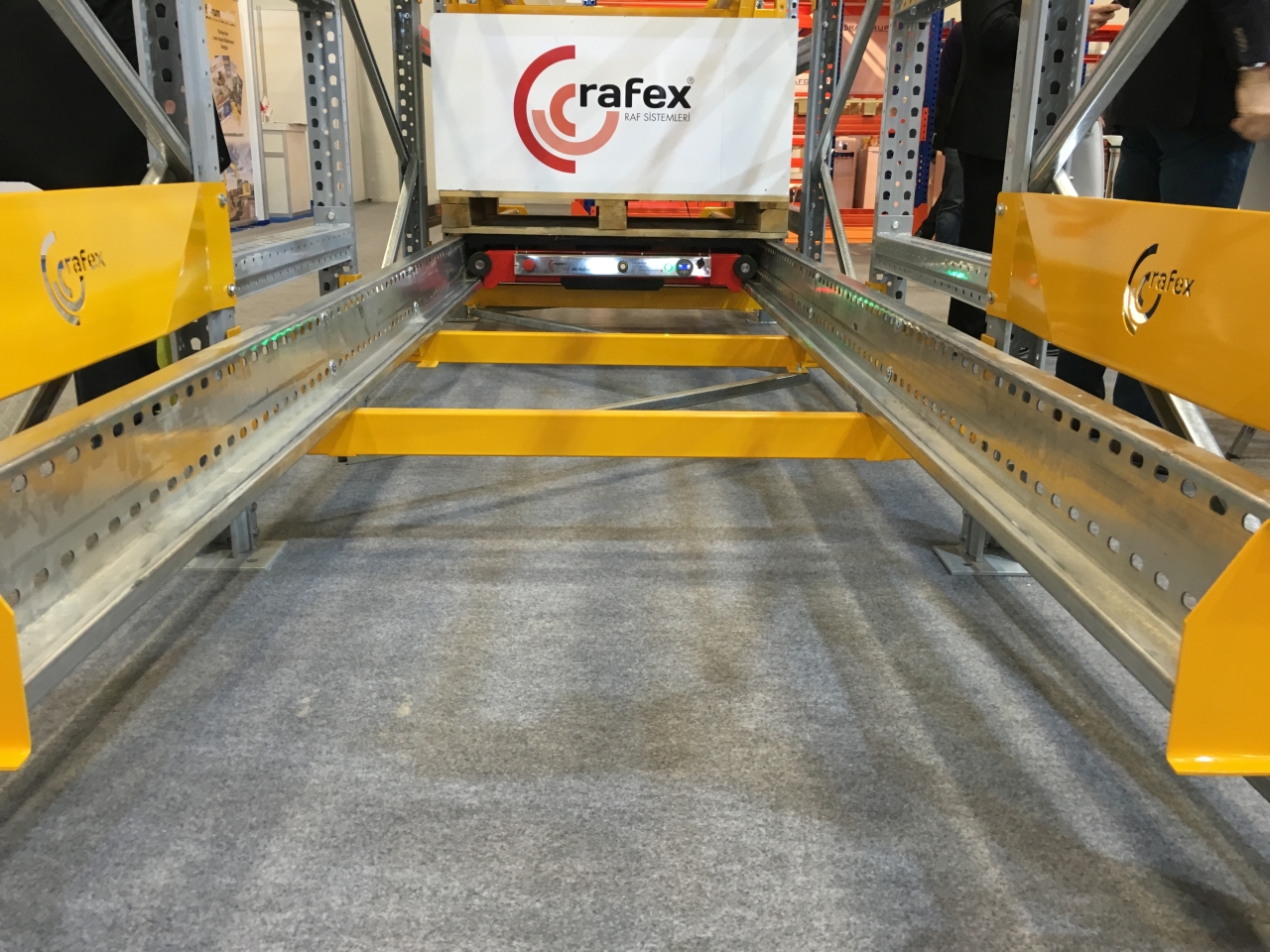 In this shuttle racking system, pallets are moved and stored in the horizontal direction on different levels, thereby achieving the maximum available use of space in both the horizontal depth and vertical height directions.

This type of semi-automatic storage and retrieval system (referred to as shuttle racking) is often the preferred materials handling system for cold storage and product warehousing, where high density storage is required. 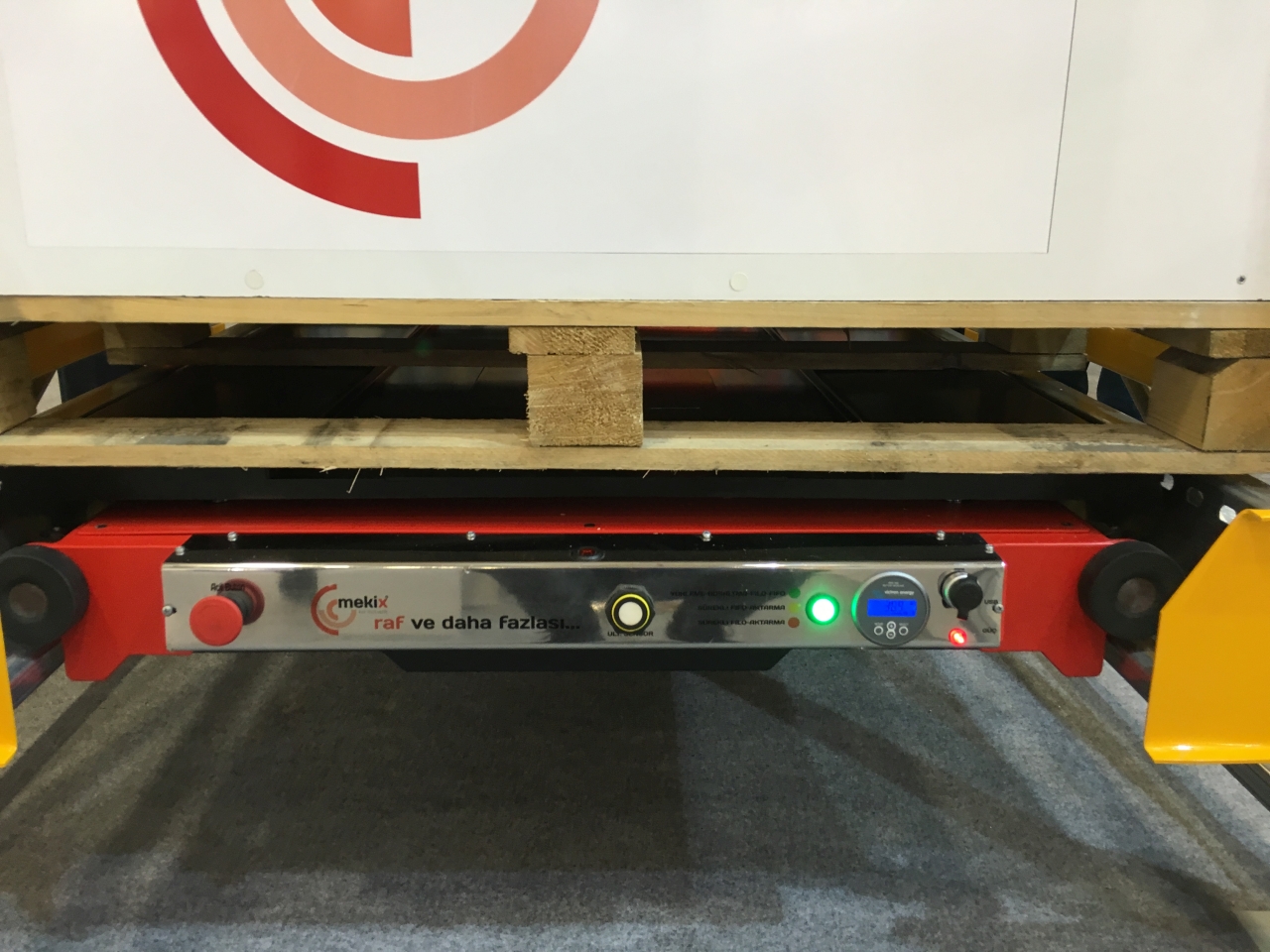 A forklift moves and carries the Mekix shuttle to the warehouse channel or corridor area where the pallets are to be stored. The forklift then places the shuttle onto the channel guide rails. Pallets to be stored are then placed on top of the Mekix shuttle by the forklift. The shuttle then moves (powered by Victron) in a horizontal direction until it reaches the first available empty space, where it sets down the pallet. Next the shuttle returns along the guide rails of the storage area channel and repeats the process until the storage area is full – bar one pallet.

Before this last pallet is placed into the storage channel, the forklift retrieves the shuttle from the channel and places it into a new empty channel area to commence work there. The remaining pallet and space to be filled (in the previous storage channel) is put in place by a forklift. The operation continues on this basis.

To unload the pallets from a storage channel area the operation is simply repeated in reverse. Here’s a video to show the Mekix shuttle in action.

There are clearly a number of factors as to why Victron products were chosen in this build.

Read the full story on our blog.